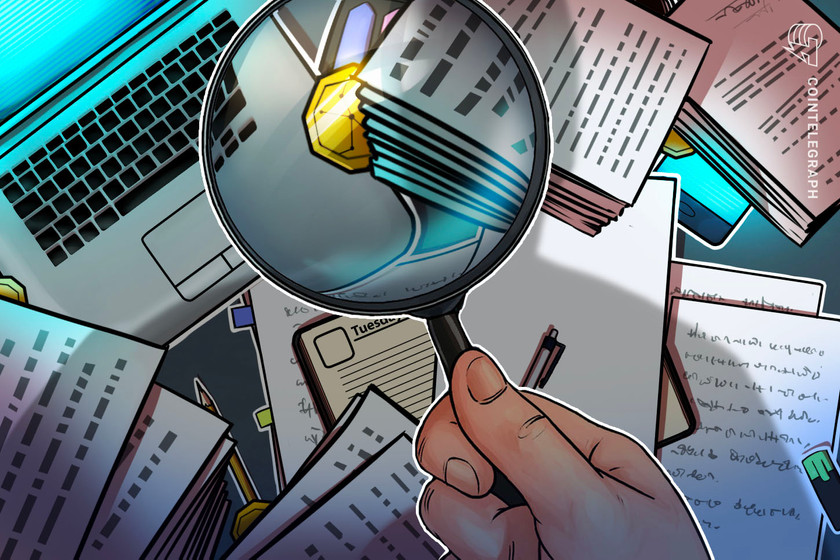 The investigation was prompted by a report from Culper Research, which alleged that Core Scientific had “wildly oversold” its mining and hosting businesses.

A New York-based law firm says it has begun an investigation into whether Bitcoin miner Core Scientific and its leadership potentially engaged in “securities fraud and other unlawful business practices” which led to its stock price falling on several occasions.

According to securities class action firm Pomerantz LLP, the investigation was prompted by a report from Culper Research in 2022, which alleged that Core Scientific had “wildly oversold” its mining and hosting businesses in 2021 and also waived a 180-day lockup period of over 282 million shares, making them “free to be dumped” in Mar. 2022.

This report suggested that insiders at Core Scientific had “abandoned any pretense of care for minority shareholders,” noting that on this news, Core Scientific’s share price fell 9.4% on Mar. 3, 2022.

The law firm also highlighted another incident on Sept. 28, 2022, in which crypto lender Celsius Network filed a motion in the bankruptcy court, accusing Core Scientific of violating the automatic stay provisions, adding improper surcharges, and failing to meet its contractual obligations.

In a final incident, the law firm said on Oct. 27, 2022, Core Scientific announced that “given the uncertainty regarding the Company’s financial condition, substantial doubt exists about the Company’s ability to continue,” revealing it held only 24 Bitcoin (BTC) compared to 1,051 BTC on Sept. 30.

This news caused Core Scientific’s stock price to drop sharply, closing at $0.22 per share, a decline of 78.1%, said the firm.

Pomerantz LLP said it was investigating these claims on behalf of investors of Core Scientific and has called for any such investors to join the potential class action.

The same law firm filed a class action lawsuit against Silvergate Capital on Dec. 13 for making “materially false and/or misleading statements” and failing to disclose “material adverse facts about the Company’s business, operations, and prospects.”

On Jan. 4, Cointelegraph reported that Core Scientific had agreed to shut down 37,000 mining rigs it was hosting for Celsius due to the Bankrupt cryptocurrency lender’s failure to pay its power bills. According to the Bitcoin miner, this played a significant role in liquidity issues that led to its filing for Chapter 11 bankruptcy on Dec. 21.

On Dec 23, Cointelegraph reported that a United States bankruptcy court had granted Core Scientific interim approval to access a $37.5 million loan from existing creditors to fund its liquidity issues.