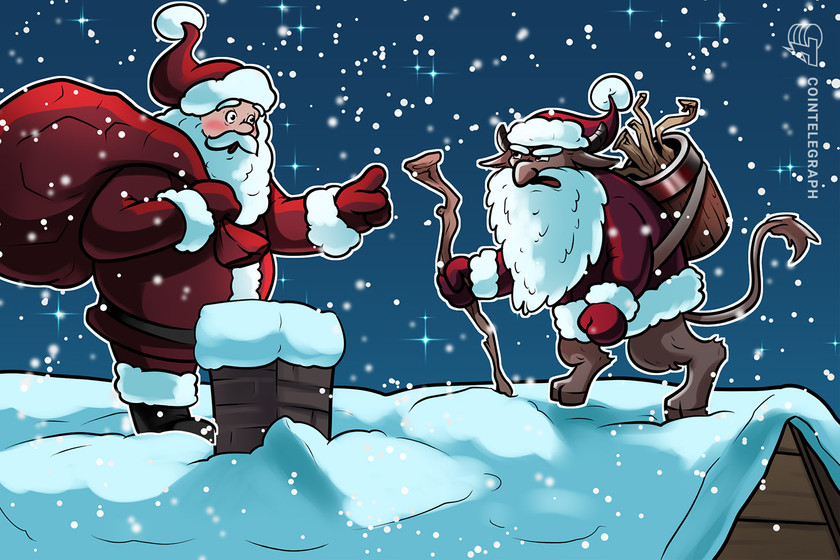 2022 was an eventful year for the crypto world but not everyone came on top of it, we look at some of the biggest winners and losers from 2022.

2022 was supposed to be the year crypto went mainstream, with a significant chunk of traditional venture capital firms betting heavily on the ecosystem in 2021. However, with one disaster after another, 2022 turned out to be a catastrophic year for the nascent crypto ecosystem. Some of the biggest names touted as pivotal to taking the crypto ecosystem forward turned out to be the orchestrators of its worst year in recent memory.

That said, quite a few protagonists rose to the occasion. These winners proved that crypto is not just about a few select individuals and companies but a vibrant ecosystem that can survive significant setbacks.

Let’s start with some of the biggest winners of the crypto ecosystem in 2022. The list includes individuals, companies and anonymous groups working for the betterment of the industry.

In a year that saw the multibillion-dollar collapses of the Terra ecosystem, FTX and Three Arrows Capital, it’s hard to pick winners. However, crypto has faced adversaries before, and 2022 was no different. Several positives came out of the year despite the collapse of several centralized entities.

When Satoshi Nakamoto created Bitcoin (BTC), a core idea was to give people financial sovereignty that made them less dependent on centralized intermediaries.

With offers of lucrative interest rates on yield products and derivatives trading services, most crypto users preferred to keep their crypto assets on centralized exchanges. However, these lucrative offerings become a nightmare when millions of customers lose their funds in the wake of a centralized exchange collapse.

In the rubble of the FTX collapse, crypto investors lost trust in centralized exchanges. Hardware wallet providers like Ledger and Trezor have benefitted from investors shifting their behavior toward self-custody.

In direct response to the failure of FTX, #Bitcoin investors, of all wallet cohorts, have made a distinct behavioural shift towards self-custody.

From Shrimp, to Whales, #Bitcoin onchain balances are on the rise

By December, self-custody services and hardware wallets became the preferred choice of many. After the collapse of FTX, Trezor saw a 300% surge in sales and revenue and Ledger saw its biggest sale day ever.

The crypto ecosystem is relatively new, and several use cases like decentralized finance (DeFi) are in early development. This makes it prone to bugs and exploits. According to DefiLlama, DeFi protocols were exploited for nearly $5.93 billion in 2022

However, the figures would have been much higher if not for white hat hackers. These white hats returned millions of dollars in stolen funds and flagged security bugs that could have led to more exploits. Security service provider Immunefi claims to have prevented the theft of $20 billion worth of crypto assets alone through its bug bounty program for white hat hackers..

While many projects tend to ignore white hats, 2022 showed that it’s better to pay out millions in bug bounties than lose billions in exploits.

Amid the chaos of 2022, the Tether (USDT) stablecoin has successfully manoeuvred its way through the wreckage of both the Terra and FTX collapses.

The centralized stablecoin has been at the forefront of critics’ commentary for as long as it has existed. When Terra’s native stablecoin depegged, there were rumors about Tether’s exposure to the doomed ecosystem.

However, USDT managed to overcome the scare, and throughout 2022, it has significantly decreased its volatile exposure. The firm also pledged to stop lending out funds from its reserves and put a full stop to all the fear, uncertainty and doubt, or FUD.

Related: Xmas dinner table: What to tell your family about what happened in crypto this year

Tether has become more transparent over time, with 82% of its reserves in liquid assets. The firm had total assets of $68.06 billion at the end of the third quarter, exceeding its total liabilities of $67.8 billion.

The crypto ecosystem saw many losers in 2022, with Sam Bankman-Fried the first to earn a mention. The former CEO of crypto exchange FTX started 2022 with a $20 billion net worth. In less than a year, that net worth disappeared and Bankman-Fried is now out on bail for allegedly stealing customers’ funds and committing securities fraud. Terra’s co-founder Do Kwon, whose last known location was Serbia, also makes the list.

Algorithmic stablecoins were a novel, promising concept during the bull market. The Terra ecosystem rose to new highs based on this hype. However, the flawed design of TerraUSD (UST), now known as TerraClassicUSD (USTC), aided by the reckless decision-making of Kwon, led to its eventual downfall. The failure of Terra’s native stablecoin also tainted the concept of algorithmic stablecoins, with regulators warning against them.

The collapse of UST obliterated $40 billion of investor capital and caused a contagion that claimed nearly half a dozen other crypto firms with exposure to Terra. While many firms and individuals could qualify in the losers list, Terra’s UST implosion was the catalyst that precipitated more upheaval in 2022.

At the start of 2022, FTX was valued at $32 billion, while its sister company Alameda Research boasted a several-billion-dollar valuation of its own. However, the November bank run on FTX soon turned into bankruptcy. As more details emerged, it turned out FTX and Alameda Research were not as independent as they claimed. Even FTX US, which was supposed to be a separate entity regulated under United States law, was found to be embroiled in the complex saga.

According to the authorities, FTX and Alameda funneled funds to each other, and the two firms were also involved in the embezzlement of customers’ funds. Alameda used FTX funds to loan billions of dollars to other firms. FTX, on the other hand, used nonexistent in-house projects with inflated valuations as collateral to take out significant loans. The whole Ponzi came crashing down in November.

The downfall of FTX and Alameda created more contagion in the crypto ecosystem and single-handedly erased trust in centralized exchanges and the broader crypto ecosystem practically overnight.

Among all the chaos and downfall of many crypto exchanges and leading venture capital firms, the biggest losers are crypto investors. If the burn of the bear market was not enough, millions of crypto investors who had their funds on FTX lost their life savings overnight.

Terra was once a $40 billion ecosystem. Its native token, LUNA — now known as Terra Classic (LUNC) — was one of the top five biggest cryptocurrencies by market capitalization. With millions of customers invested in the ecosystem, the collapse brought their investment to zero within hours. After the Terra collapse, crypto investors lost their funds on a series of centralized exchanges and staking platforms like Celsius, BlockFi and Hodlnaut. Crypto investors also lost significantly in the nonfungible token market, with the price of many popular collections down by 70%. Overall, crypto investors are among the biggest losers of the year.

2022 will go down in crypto history as an annus horribilis. Crypto investors will want to forget the year and start fresh. Venture capital firms and investors in crypto projects are reevaluating their investment strategies. After such a tumultuous year in crypto, a likely outcome will be the acceleration of regulations in the industry throughout the coming year. This may restore some of the lost confidence in the industry.