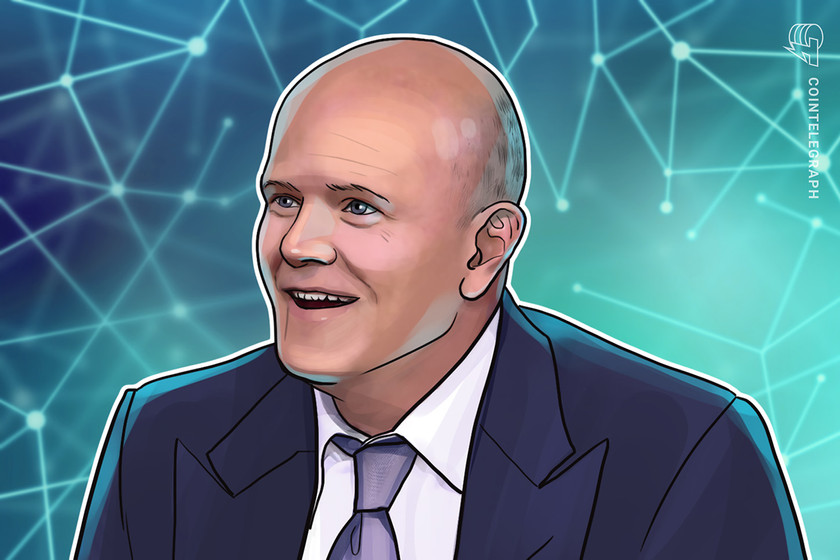 The Galaxy CEO seems unfazed by the carnage in the BTC mining sector this year, and outlined that the firm is looking to significantly ramp up its mining initiatives.

Galaxy Digital Holdings CEO Mike Novogratz has called the Helios mining deal a “transformative acquisition” for the firm as it works to increase its exposure to the Bitcoin mining sector.

The crypto investment firm’s $65 million acquisition of Argo Blockchain’s flagship mining facility was announced on Dec. 28 as part of Argo’s drastic action to stave off bankruptcy.

Tweeting about the deal on Dec. 29, Novogratz emphasized that Galaxy is a “strong believer” in the long-term future of Bitcoin (BTC) and the company will continue to ramp up its mining initiatives:

“Bear markets are for building. We’re long-term believers in BTC and expect the lowest-cost miners to win over time. Helios is a transformative acquisition that will expand our mining capabilities and services as we continue to build for the decentralized future.”

Since we started mining bitcoin in Q1 2021, we outsourced our miners to hosting providers. But we always had the idea that we would vertically integrate our mining capabilities.

Explaining the deal in further detail, the Galaxy CEO outlined that the firm has a specific “thesis” on how to approach the mining sector:“low-cost electricity, a very efficient team” and “buying ASIC miners cheap.”

“That’s a recipe for success in mining, even when the hash rate rises,” he said.

Recent data from Hashrate Index found that Bitcoin ASIC miner prices are hovering at lows not seen since at least 2021, with the most efficient ASIC miners seeing their prices fall 86.8% from their peak in May 2021.

Galaxy has five business lines across trading, asset management, crypto mining, venture investments and investment banking. According to its website, it currently has $1.9 billion worth of assets under management.

As it stands, Galaxy has mainly utilized hosting services for its mining operations. However, Novogratz notes that owning 200 megawatt (MW) capacity Helios will not only let the company run miners on its own site but host for others as well.

Helios potentially has a lot of scaling ability to make it one of the biggest miners on the market. Argo Blockchain previously outlined in May this year that it had plans to increase electrical capacity to 800MW in “the coming years.”

At the time, the firm also said it expected Helios to reach a BTC mining capacity of 5.5 exahashes per second by the end of the year, with the potential to eventually hit 20 EH/s.

It appears that Galaxy has some cash to splash amid the 2022 bear market, considering that it also gave Argo Blockchain a $35 million equipment finance loan alongside the acquisition.

The move also adds another coup from earlier this month, when Galaxy snapped up crypto self-custody platform GK8 for an undisclosed fee.

GK8 was being auctioned off as part of the Celsius bankruptcy process, after the defunct crypto lender snapped up the firm for $115 million in 2021.

Novogratz called the acquisition a “crucial cornerstone in our effort to create a truly full-service financial platform for digital assets.”