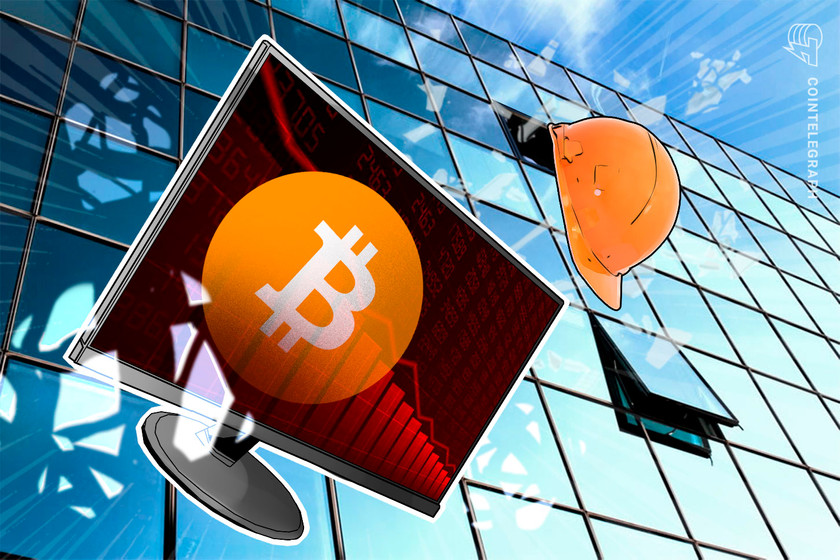 The Bitcoin mining community took up massive loans during the 2021 bull market, negatively impacting their bottom lines during a subsequent bear market.

The recent bankruptcy filing of Bitcoin (BTC) miner Core Scientific despite a $72M relief offer from creditors raised questions about the overall health of the bitcoin mining community amid a prolonged bear market. Turns out, the public bitcoin miners owe more than $4 billion in liabilities and require an immediate restructuring to get out of the unsustainably high debt levels.

Core Scientific, the biggest debtor among the lot — with $1.3 billion in liabilities on its balance sheet as of September 30th — recently filed for Chapter 11 bankruptcy protection in Texas due to falling revenue and BTC prices. Marathon, the second-biggest debtor, has $851 million in primarily convertible note liabilities. As a result, Marathon prevents bankruptcy by allowing the debt holders to convert the convertible notes to stocks.

Most Bitcoin miners, including the third-biggest debtor, Greenidge, are undergoing a restructuring process to reduce debt. As an industry, the debt-to-equity ratio of public bitcoin mining companies reveals high risk.

Considering that more than half of the 25 public bitcoin miners boast extremely high debt-to-equity ratios, the mining sector may come across potential restructurings and bankruptcy filings unless the bulls make a comeback.

While some companies may shut down or slow down operations to reduce liabilities, it will help sustainable miners expand their footprint as they buy out the competition’s equipment and facilities.

Related: Bitcoin miner Northern Data says it has no financial debt, expects $204M in revenue for 2022

On Dec. 20, Greenidge signed a $74 million debt restructuring agreement with the NYDIG, a fintech firm dedicated to Bitcoin.

As Cointelegraph reported, the NYDIG agreement would see the purchase of miners with approximately 2.8 exahashes per second (EH/s) of mining capacity. In exchange, the mining company would see a debt reduction of $57 million to $68 million.