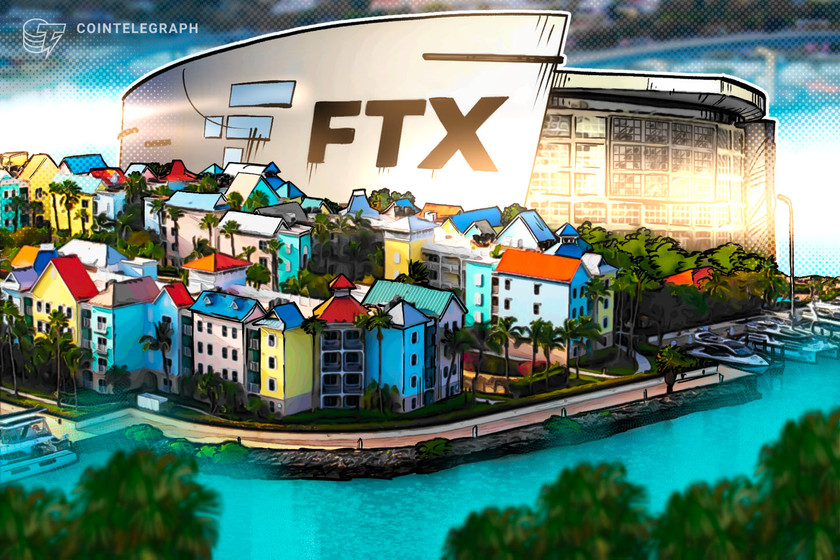 The Commodity Futures Trading Commission should be responsible for preventing companies like FTX from taking root in the future.

FTX declared bankruptcy this month with $900 million in assets against $9 billion in liabilities. Its founder and former CEO, Sam Bankman-Fried, is being questioned by police in the Bahamas, and many customers are unable to withdraw their deposits. Its holdings of Serum’s SRM, a token Bankman-Fried developed, dropped from a value of more than $2 billion to less than $100 million. Things got worse over the weekend after FTX was apparently hacked, leading to the loss of an additional several hundred million. Some commentators are already calling it cryptocurrency’s “Lehman moment,” referring to the 2008 collapse of Lehman Brothers that signaled we were in a financial crisis.

In the wake of this epic collapse, Congress should get its head out of the sand and pass the Digital Commodities Consumer Protection Act designating the Commodity Futures Trading Commission, or CFTC, to regulate the crypto industry. The agency, which regulates commodities and derivatives trading, has already taken on a role in regulating crypto, sharing duties with the Securities and Exchange Commission, or SEC. Both agencies are on shaky ground, as no legislation designates either as an enforcement agency or defines whether crypto is a security or a derivative. Both have launched probes into FTX’s handling of customer accounts.

Federal crypto regulation is currently conducted through enforcement actions — lawsuits, fines and audits conducted after an event. But these actions are dependent on the agency’s ability to make a case. As a result, it isn’t always clear what rules are being enforced. Moreover, many actions resulting in crackdowns on crypto firms are legal for traditional firms under certain circumstances. Granting statutory authority to a sole regulator would give the industry clarity and stability. The CFTC is preferable because Chairman Rostin Behnam is perceived as friendlier to the industry than SEC Chair Gary Gensler.

Related: Will SBF face consequences for mismanaging FTX? Don’t count on it

Many of the activities that went on between FTX and Alameda Research that got the firms in trouble were either already illegal or highly regulated for firms dealing in conventional securities or derivatives, and the lack of clear rules in the United States encourages companies to set up shop in countries with little oversight, so risky practices had no consequences until the collapse. Some commentators have compared FTX’s balance sheet to the creative accounting that resulted in the collapse of Enron in 2001.

In particular, its practice of inventing tokens and then basing the value of its own holdings on the value of the small number it sold was similar to Enron’s mark-to-market accounting. FTX issued various tokens, including SRT and FTX Token (FTT), bought some from itself, then used that price to set their valuations. The stock of tokens was then listed as an asset on FTX’s balance sheets or deposited with sister company Alameda Research, an investment firm, to use as collateral.

About $14.4 billion of FTX’s $19.6 billion in assets before last week were represented by coins and tokens FTX created, while just $5.2 billion was in conventional assets. Customer liabilities totaled about $9 billion. Moreover, FTX lent around (at least) $10 billion of its depositors’ money to Alameda. It went under, nonetheless.

Officials such as Treasury Secretary Janet Yellen are already calling for greater regulation to prevent another FTX-style crash. Yellen said the collapse “shows the weakness of this entire sector.”

Agencies like the SEC and CFTC ensure compliance with regulations by requiring firms to report on their activities regularly, by investigating tips from whistleblowers, and, when all else fails, with enforcement actions that can involve fines, lawsuits or getting a judge to subpoena companies’ records. Since the Enron scandal, accounting firms also have compliance they need to conduct. Destroying documents is a federal crime. Most importantly, the agencies have rules on how securities and commodities can be marketed to the general public, with some being restricted to only firms, individuals with specific attainments like certified financial analysts, and “accredited investors” — people wealthy enough they’re regarded as knowing what they’re doing.

One of the consequences is that prospectuses must be clear on actual risks and expected returns, and ones that are too optimistic can indicate an attempt to defraud people. For instance, Alameda Research reportedly promised investors annual returns of 15% with no risk — an impossibility that would have alerted U.S. regulators when it was made in 2018.

CFTC Chairman Behnam has said that the SEC and CFTC are capable of working together to regulate crypto, but designating one regulator would help clear up confusion immediately and avoid jurisdictional conflicts or institutional “siloing” that could prevent the agencies from communicating with each other.

Quality, sensible reforms will be key to restoring confidence in crypto firms and preventing future problems from spiraling out of control.

Brendan Cochrane, Esq., CAMS, is the blockchain and cryptocurrency partner at YK Law LLP. He is also the principal and founder of CryptoCompli, a startup focused on the compliance needs of cryptocurrency businesses.