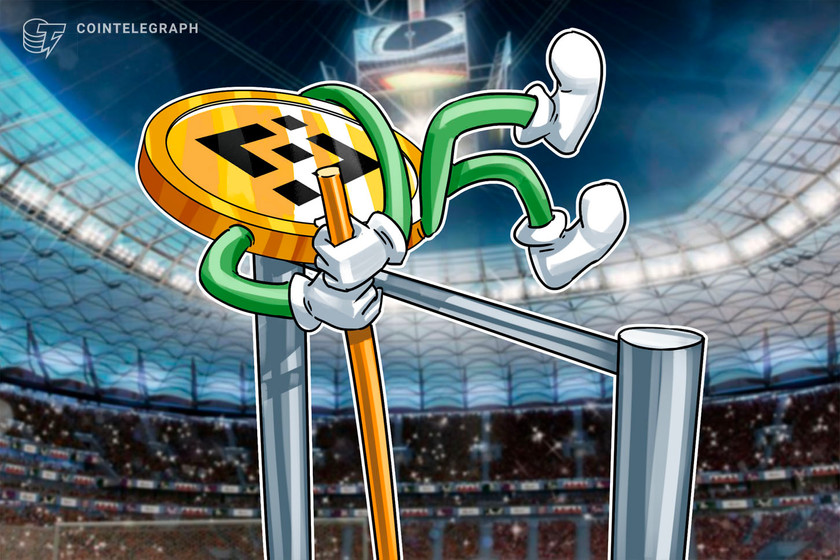 Excitement is taking over for BNB and Dogecoin as market participants see strength continuing.

Data from Cointelegraph Markets Pro and TradingView confirms that BNB/BTC briefly spiked above 0.15 BTC to a record 0.15267 BTC on Oct. 30.

BNB, the in-house token of Binance, the largest crypto exchange by volume, has gained around 10% in the past 72 hours.

The strong performance came on the back of reports that Binance was preparing to assist Twitter in eradicating bots as part of its new direction under Elon Musk.

Binance had contributed $500 million to Musk’s takeover of the social media platform.

“Our intern says we wired the $500 million 2 days ago, probably just as I was being asked about Elon/Twitter,” Binance CEO Changpeng “CZ” Zhao wrote in a cryptic tweet referencing comments he made to crypto media outlet Decrypt.

Further posts from CZ stated, “Let’s unleash the bird,” and “Crypto Twitter,” the former appearing to be referencing Musk’s own tweet, “the bird is freed.”

In U.S. dollar terms, meanwhile, BNB hit highs of $318.80 on the day, its best performance since mid-August.

Dogecoin “copies itself” as it runs to April highs

Musk was also responsible for outperformance of another popular cryptocurrency in recent days — Dogecoin (DOGE).

Related: Dogecoin price rallies 150% in 4 days, but DOGE now most ‘overbought’ since April 2021

In a familiar setup, actions by Musk linked to Twitter sent DOGE price action into a frenzy, with DOGE/USD hitting its highest levels since April.

Long a pet favorite of Musk, DOGE is still waiting for its shot at a wider use application, possibly with his involvement.

In the meantime, popular pseudonymous analyst Tree of Alpha suggests retail traders may do the work, helped by both the Twitter and Binance ecosystems.

“Another ATH in complete silence as the dog coin longers rejoice,” they wrote about BNB, adding:

“Imagine the smell when launchpads become a thing again and retail is back to turbo buying garbage on BSC. Are you actually fading the token that backs the biggest exchange & the most degenerate evm chain by far?”

“Dogecoin copies itself,” it summarized.