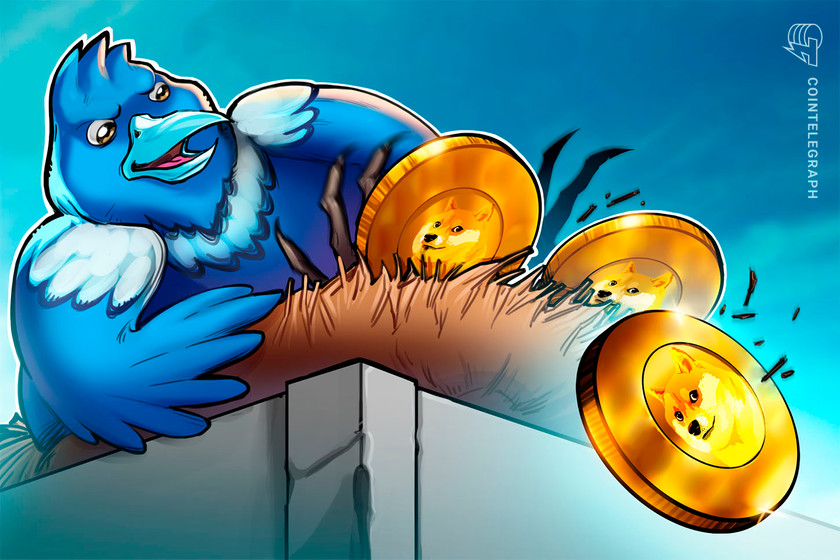 Tesla CEO and billionaire Elon Musk’s acquisition of Twitter has tipped 62% of Dogecoin (DOGE) investors into profit, amid speculation that Musk’s Twitter-buy will be positive for the meme token.

DOGE’s price rallied on Oct. 26 when billionaire entrepreneur Elon Musk changed his Twitter bio to “Chief of Twit” — the same day he visited Twitter’s San Francisco-based headquarters before officially closing the deal as the new owner on Oct. 28.

This means that as much as 62% of DOGE holders are “Making Money at Current Price” according to data from blockchain intelligence platform IntoTheBlock — which even beats out Bitcoin (BTC) and Ethereum (ETH) hodlers at 54% and 57% respectively.

The events have also triggered DOGE’s market cap to surpass smart contract platforms Cardano and Solana into becoming the 8th largest cryptocurrency in the world with a $16.3 billion market cap, according to CoinGecko.

The link between Musk’s Twitter purchase and DOGE’s massive price surge should come as no surprise as many Dogecoin investors have high hopes for Musk — nicknamed “The Dogefather” — to integrate Dogecoin onto Twitter in some shape or form.

Dogecoin fanatic and crypto blogger Matt Wallace told his 678,400 followers on Oct. 28 that he believes a Dogecoin-integrated Twitter would showcase “what #Dogecoin is capable of.”:

Thanks to Elon Musk, Twitter will soon showcase to the entire world what #Dogecoin is capable of!

While Dogecoin fan page “Doge Whisperer” speculated that a Dogecoin-based tip system could be implemented for popular tweets:

What do you think @elonmusk ? pic.twitter.com/b7Eqz9hpEs

Even Cardano CEO and founder Charles Hoskinson has weighed in — stating there is now a “real possibility” of Dogecoin integrating on to Twitter:

Now that Twitter is in the hands of @elonmusk I can see a real possibility that doge will somehow merge with the platform.

Hoskinson then went one step further by offering to migrate Dogecoin on to Cardano as a sidechain with embedded smart contract functionality for free.

Related: How Crypto Twitter could change under Musk’s leadership

In Jan. 2022, Tesla began accepting DOGE as a payment method for merchandise purchases, with Musk also hinting at doing the same thing at SpaceX in May. 2022.

The electric vehicle company also began accepting Bitcoin-based payment for its cars in Jan. 2021, despite the CEO taking the view that Dogecoin is “better suited for transactions” in Dec. 2021.