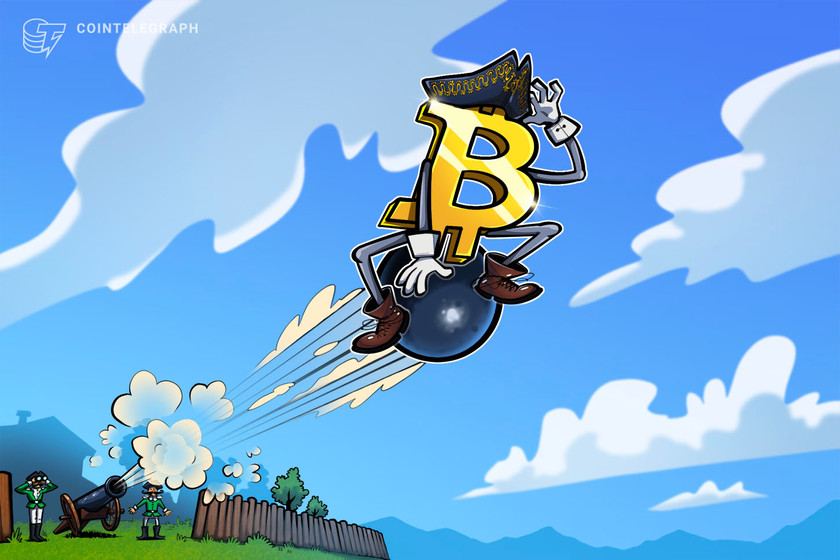 Retail traders are repeating past mistakes over and over, analysis concludes as the bulls smoke late BTC and ETH shorters.

Bitcoin (BTC) attempted to retake $21,000 on Oct. 29 as weekend trading began on a strong footing.

Data from Cointelegraph Markets Pro and TradingView followed BTC/USD as it rebounded overnight to local highs of $21,078 on Bitstamp — enough to clinch new six-week highs.

The subsequent retracement was modest in character, Bitcoin not even testing $20,000 before reversing higher once more.

In his most recent Twitter update, popular trader and analyst Il Capo of Crypto maintained an existing theory over how short-term price action would unfold.

A cautionary macro note came from fellow trader John Wick, who warned that the United States dollar may make a return to pressure risk assets.

“Now we watch to see if we get a green Dot breaking above the Track line there,” he commented on a chart of the U.S. dollar index (DXY):

“If so that’s a bad combo leading into Fed announcement Nov 2nd.”

Wick was referring to next week’s Federal Reserve announcement on interest rate hikes, these widely expected to match September’s 0.75% increase.

Seemingly still skeptical of bulls’ abilities to produce further gains, trader liquidations were once again mounting on the day.

Data from monitoring resource Coinglass showed shorts getting burned by the return to $21,000, with the tally for Oct. 29 totaling $95 million at the time of writing.

By contrast, the day prior had seen just $14 million of liquidated shorts, while Oct. 25 and 26 combined delivered $661 million.

“Retail all does the same thing and wonders why it never works out,” trading account IncomeSharks wrote on Twitter, citing a Cointelegraph article on liquidations impacting Ether (ETH) shorts:

ETH short liquidations on Oct. 29 were already at $240 million at the time of writing and looked set to eclipse previous days’ totals.