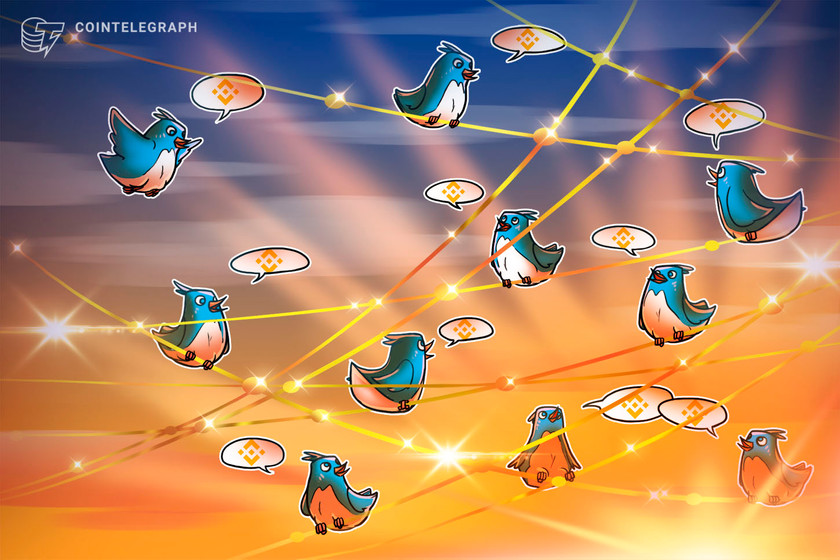 Binance also confirmed that it helped finance Elon Musk’s acquisition of the platform with $500 million.

According to reports on Oct. 28, crypto exchange Binance intends to create a team to work on crypto and blockchain solutions for Twitter, following the acquisition of the social media company by tech billionaire Elon Musk.

The development came hours after Binance’s founder and CEO, Changpeng “CZ” Zhao, confirmed that the company had backed Musk with $500 million in financing, making the crypto exchange the fourth-biggest contributor to the takeover amid 19 investors that provided $7 billion to Tesla’s founder.

On Twitter, CZ confirmed that the money was wired earlier this week and clarified that the transaction was performed through traditional banking services using fiat currency, not via cryptocurrencies or blockchain protocols.

In May 2022, the crypto exchange had indicated that it would co-invest on Twitter, alongside other investors including the Lawrence J. Ellison Revocable Trust, Sequoia Capital Fund and Fidelity Management. At the time, CZ classified the company’s investment as a “small contribution to the cause.”

Musk, the billionaire CEO and founder of Tesla, officially announced the acquisition of Twitter on April 25, with the $44 billion transaction subject to the approval of Twitter stockholders and regulators. He previously stated that removing spam and scam bots, including those related to crypto, would be among his top priorities for the company.

On Oct. 27, Musk acquired the social network platform for $54.2 per share, bringing the total value of the deal close to $44 billion. The new owner fired the company’s top executives as one of his first measures. Also as part of the deal, Musk is taking the company private, resulting in its stock being delisted from the public market.