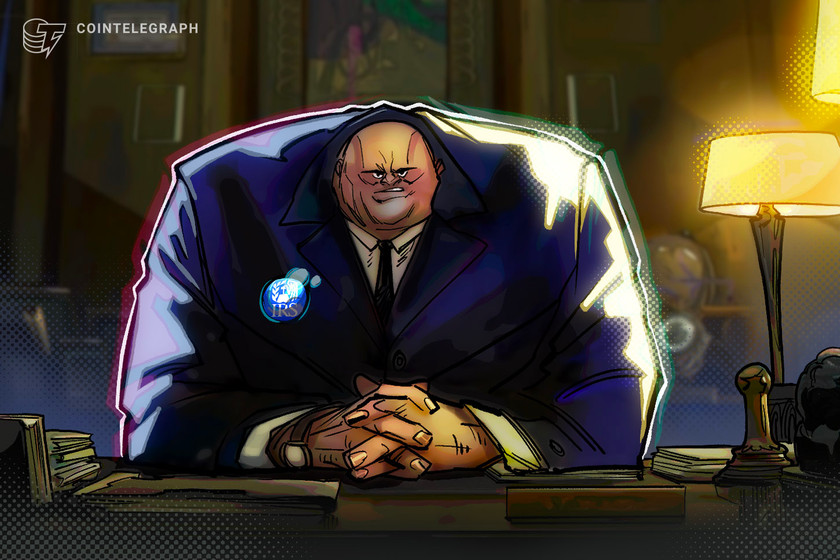 Ethereum’s Merge resulted in a Proof-of-Work airdrop. That means you could be on the hook for tokens you didn’t even want.

Ethereum’s Merge dominated the crypto world in September with promises of quicker transaction times, improved security and a 99% reduction in energy consumption. However, will you end up with a surprise tax bill too? Let’s examine.

During the Merge event, the Ethereum mainnet — the then current proof-of-work (PoW) blockchain — merged with the proof-of-stake (PoS) Beacon Chain, marking the end of PoW as the consensus mechanism for the Ethereum blockchain.

On the Beacon Chain, Ethereum joined ranks of other major PoS blockchains such as BNB Chain, Cardano and Solana. Ether (ETH) is the second largest cryptocurrency by market cap after Bitcoin (BTC), and Ethereum is the chain that has spearheaded decentralized finance (DeFi) and nonfungible token (NFT) activity. The Merge heralds ramifications aplenty, but what of the potential tax implications to investors, traders and businesses alike? It’s doubtful anyone will be too pleased with a surprise tax bill — but that is, potentially, exactly what they’ll get.

What are the possible tax implications?

If we take a short trip down memory lane back to Bitcoin’s civil war in 2017, it eventually concluded in a split in the chain into Bitcoin and Bitcoin Cash (BCH). This event was coined — no pun intended — as a hard fork.

In this instance, new BCH coins were issued to BTC holders and, as a result, this gave rise to taxable income at the fair market value upon receipt of BCH for the recipients. Furthermore, if any BCH holders went on to dispose of their coins, any accumulated gains or losses were subject to capital gains tax.

Is a civil war brewing among the Ethereum community due to the Merge? There are certainly rumblings, and it looks as though the PoW consensus could continue to be supported by some Ethereum miners. This potential forked version of Ethereum already has the ticker ETHW, which stands for EthereumPoW — with ETHW continuing with the PoW codebase and ETH forking to the new proof-of-stake chain.

The tax implications depend on where you live — your tax residency.

In the United States, the Internal Revenue Service (IRS) has not issued any specific guidance on the Merge per se. However, for ETH holders who receive an equivalent airdrop of ETHW, this is beyond doubt subject to income tax, just like the BCH in 2017. The IRS does have clear guidance on this.

In the United Kingdom, an airdrop of ETHW is treated differently. According to the guidance, it can be inferred that no income tax is applied upon receipt. HM Revenue and Customs has gone one step further and provided some guidance on what it describes as a one-way transfer — citing the Ethereum mainnet to Beacon Chain upgrade. Its view is that section 43 of the Taxation of Chargeable Gains Act 1992 will apply to this scenario. Simply put, a taxable event subject to capital gains tax was not triggered by the Merge. Instead, the cost basis of your existing ETH is attributed to your ETHW token and any subsequent disposals will accrue a gain or loss as normal.

What about staking and mining?

Investors and traders can stake (and lock in) their ETH and receive rewards. They should take a conservative approach to these rewards, even if tax guidance is unclear.

For U.S. holders, following the Merge, crypto mining and staking are both subject to income tax upon receipt and capital gains tax (CGT) upon disposal. However, staking is a contentious topic and is subject to an ongoing court cas, so this may be set to change in the future as the case proceeds.

In the U.K., ETH staking and mining rewards are generally miscellaneous income (less certain allowable expenses) and subject to income tax upon receipt and CGT on disposal. However, this also depends on the degree of activity, organization, risk and commerciality.

So what are the odds?

In a hard fork, the mainnet blockchain becomes part of the newly merged blockchain. All smart contracts along with previous data move over. An Ethereum hard fork is unlike forks we’ve seen before.

The Merge was a planned upgrade. An ETHW fork most likely lacks the necessary support from exchanges, DeFi protocols and oracles. Just like Bitcoin Cash, ETHW, in my view, will become an insignificant sideshow in the shadow of the prevailing post-Merge PoS chain.

Essentially, this type of fork updates the protocol and is intended to be adopted by all. Moving from ETH (PoW) to ETH 2.0 (PoS), token holders convert ETH on a 1:1 basis for ETH 2.0, and the original ETH gets burned in the process.

Practical advice for investors and traders

Investors and businesses should exercise an ounce of prudence and prepare for this scenario by creating a tax liability provision. You will not want to be in a position where a hard fork occurs, and in the worst-case scenario, the value of your Ether declines significantly post-Merge, inhibiting your ability to raise funds to pay your crypto tax bill. Remember, this can only be paid across to your tax agency in fiat currency.

If ETHW proceeds do not become taxable then it’s a simple case of releasing the tax provision and redeploying those funds elsewhere — perhaps to buy more Ether.

Tony Dhanjal serves as the head of tax strategy at Koinly and is its PR and brand ambassador. He is a qualified accountant and tax professional with more than 20 years of experience spanning across industries within FTSE100 companies and public practice.