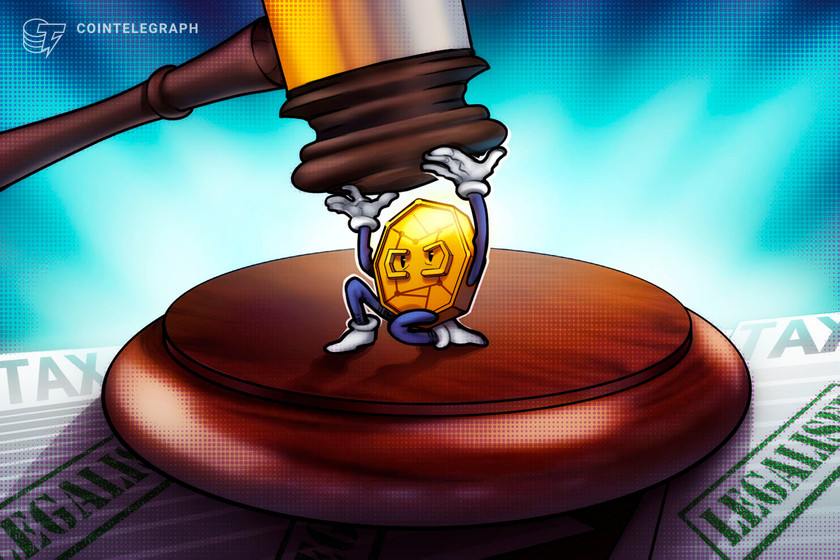 Grayscale and Ripple against the SEC, Coin Center versus the Treasury — it’s a hot season in the U.S. courts.

Perhaps one of the most captivating signs of the industry’s maturity is the increasing amount of court cases in which crypto companies fight back against perceived regulatory abuses. Last week saw some major advancements in that direction.

Digital asset manager Grayscale has filed its opening brief against the United States Securities Exchange Commission to challenge its decision denying Grayscale’s application to convert the Grayscale Bitcoin Trust (GBTC) to a spot Bitcoin exchange-traded fund (ETF). According to Grayscale, the SEC must submit its brief by Nov. 9.

A U.S.-based crypto policy advocacy group, Coin Center has followed through with its intention to take the Treasury Department’s Office of Foreign Asset Control, or OFAC, to court over sanctioning cryptocurrency mixer Tornado Cash. Lawyers for Coin Center as well as crypto investor David Hoffman, an anonymous human-rights advocate known only as John Doe, and software developer Patrick O’Sullivan filed a joint complaint against the OFAC, Treasury Secretary Janet Yellen and OFAC Director Andrea Gacki. The complaint alleged that sanctioning Tornado Cash was “unprecedented and unlawful,” in part, due to privacy concerns over crypto transactions.

Meanwhile, Ripple CEO Brad Garlinghouse revealed that he expects the long-drawn-out battle between Ripple and the SEC to end in the first half of 2023. “Federal judges work at their own pace,” he stated, before adding, “Optimistically, we’re talking about three to four months. Pessimistically, it could be longer than that.” The fintech boss said that Ripple would consider a settlement with the SEC, providing that XRP is not classified as a security.

Members of the European Parliament Committee passed the key crypto framework policy, Markets in Crypto-Assets (MiCA), in a vote of 28 in favor and one against, with a final vote expected in a full European Parliament session soon. Following the MiCA vote, members of the EU Parliament also overwhelmingly approved a provisional deal on the Transfer of Funds Regulation, legislation aimed at having compliance standards for crypto assets in an effort to crack down on money laundering. The two regulatory frameworks, if given final approval, would apply to member states with the EU but potentially serve as an example for global lawmakers on crypto. Following all the procedures and checks, the crypto policies could go into effect starting in 2024.

Long considered a cryptocurrency tax haven, Portugal’s government has proposed a 28% tax on capital gains from cryptocurrencies held for less than a year. The government’s 2023 State Budget document featured a short section addressing the taxation of cryptocurrencies, which, to date, have been untouched by the Portuguese tax authorities, given that digital assets were not recognized as legal tender.

A proposed income tax from operations involving cryptocurrencies through activities such as mining, trading and capital gains was put forward in the 444-page document. The State Budget also proposes a 4% taxation fee for free transfers of cryptocurrencies in instances of inheritance, as well as stamp duties on commissions charged by intermediaries involved in the cryptocurrency sector.