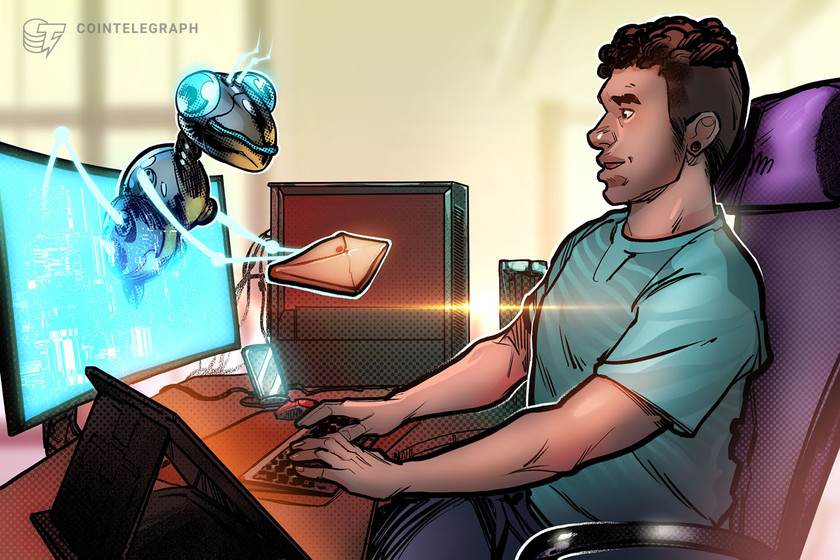 The first generation of blockchain-based messaging platforms are attempting to address the missing pieces of Web3 adoption.

Forget about tracking decentralized autonomous organization votes, decentralized finance transactions, or data breaches across many channels and platforms. Your Web3 mailbox will handle it for you without requiring your phone number or legacy email address. Instead, your wallet address will receive and organize all this information.

At least, these are some of the promises made by Web3 communications companies attempting to build the first generation of blockchain-based messaging platforms: the Web2 experience with Web3 privacy and security, and, most importantly, focusing on Web3 problems.

A wallet’s monthly statements, transaction notifications and hack updates, for example, are some of the contents users could receive in their inbox, explained Swapnika Nag, co-founder of Hashmail — an India-based startup that launched in beta on Oct. 1.

The startup is now offering users the possibility to exchange emails through their existing wallet addresses. “That’s essentially an inbox which feels very much like email, but on the backend, you just connect with your wallet address and your messages,” noted Nag.

For native Web3 companies, the technology means an alternative to Telegram and Discord communication channels by providing a direct line with users, and also a potentially valuable marketing tool. For users, it adds an extra layer of protection against phishing attacks, and potentially offers token rewards via paid advertising and subscriptions received.

“In Web3, your point of access is your wallet, and that is what you log in with. Essentially, that is what most applications know about you,” said Nag.

Related: What is Web 3.0: A beginner’s guide to the decentralized internet of the future

Another company attempting to address the communication friction in the industry is EtherMail, a platform offering encrypted wallet-to-wallet communication. In August, EtherMail disclosed a $3 million seed funding led by Fabric Ventures and Greenfield One.

“Today, most users buy a token and speculate on its price without tapping into the community,” said an EtherMail representative to Cointelegraph, stating that straightforward communication may catalyze broader adoption by helping users to understand and engage with their chosen communities.

Similar to HashMail, EtherMail seeks to offer a paywall to filter spam and incentivize readers to profit from any advertising received, along with subscriptions and other resources for companies.

Despite its potential, Web3 emails don’t seem to be a threat to Web2 message providers in the short term, said Nag. But in the long run, we could see an increase in the adoption of Web3 native emails as users seek fundamental advantages, such as decentralized storage and privacy.

Web3 is a possible future version of the internet based on public blockchains, a record-keeping system best known for facilitating cryptocurrency transactions. The industry is expected to reach $81.5 billion in 2030, according to Emergen Research, but it still faces challenges, including security and interoperability.