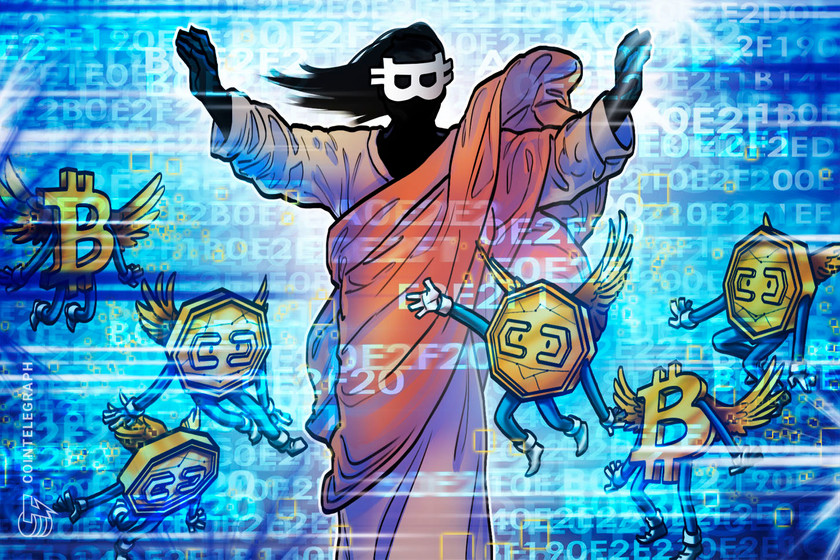 Major figures in the crypto space argued the Bitcoin creator was the most deserving candidate for the economic award, despite the fact Satoshi’s true identity remains unknown.

Bitcoin (BTC) enthusiasts on social media platforms have reiterated their annual petition to have the Nobel Memorial Prize in Economic Sciences awarded to Satoshi Nakamoto.

On Oct. 10, the Royal Swedish Academy of Sciences announced three recipients of the economic prize — former Federal Reserve Chair Ben Bernanke, and U.S. economists Douglas Diamond and Philip Dybvig — for “research on banks and financial crises.” Many crypto enthusiasts have argued for years that Nakamoto, the pseudonymous creator of Bitcoin, was the most deserving candidate for the economic award, first instituted in 1968, “according to the same principles as for the Nobel Prizes that have been awarded since 1901,” according to a description from the institution.

“In 2008: Bernanke printed money to bail out banks who proliferated a subprime debt bubble that caused a global financial crisis,” said crypto artist Lucho Polleti on Twitter. “Satoshi created #Bitcoin, a money system that gives all humans economic freedom through the separation of money & state. Satoshi deserves a Nobel Prize.”

The Nobel Prize in economics belongs to Satoshi Nakamoto, not Ben Bernanke.

Some people, including crypto podcaster and Morgan Creek Digital co-founder Anthony “Pomp” Pompliano, have previously said Satoshi was entitled to more than just an economics prize. Pomp tweeted in 2019 that the BTC creator deserved the Nobel Peace Prize for establishing “a currency that can assume global reserve status without anyone having to engage in violence.”

Others like former Blockstream chief strategy officer Samson Mow have argued neither award applies as they’re emblematic of an outdated system:

No, Satoshi shouldn’t win the Nobel Prize because it’s a fiat construct used to prop up the legacy financial system. If you want to honor Satoshi, run a #Bitcoin node. https://t.co/t0MDlJel2J

It’s unclear if Nakamoto would be eligible to receive either prize, given their identity has never been publicly revealed. It could make more sense to honor other known early contributors to the ecosystem, such as former BTC core developer Gavin Andresen, or developer and recipient of the first Bitcoin transaction, Hal Finney. However, Finney passed in 2014 and a Nobel Prize “cannot be awarded posthumously” according to the statutes of the Nobel Foundation.

Related: ‘How I met Satoshi’: The mission to teach 100M people about Bitcoin by 2030

Though not the winner of the economics prize this year, Nakamoto has been publicly honored by many crypto users in a variety of ways. In September 2021, a crypto group set up a bronze statue of the legendary Bitcoin creator at a park in Budapest. Nakamoto continues to be the subject of crypto-related art, memes, online discussions, and speculation as to their identity — as an individual or group.