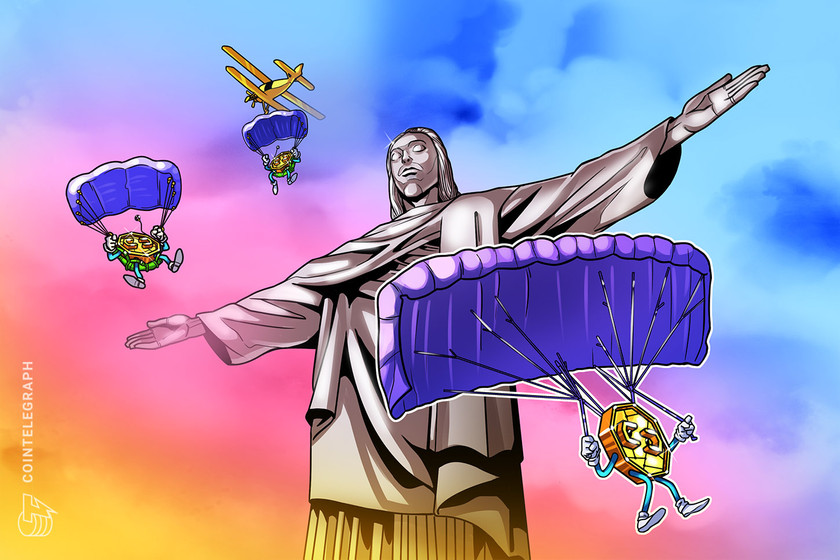 The number of companies holding cryptocurrency in Brazil has reached new record highs as of August, amid an increased trust in cryptocurrencies and high inflation rates.

According to local media reports, the country’s taxation authority, Receita Federal do Brasil (RFB), also known as the Federal Revenue of Brazil, recorded 12,053 unique organizations declaring crypto on their balance sheets in August 2022.

The number is a 6.1% increase from the 11,360 companies in July and is the month with the highest recorded number of companies with crypto holdings to date.

The RFB noted that Bitcoin (BTC) is the most popular cryptocurrency held by institutions, followed by stablecoin Tether (USDT).

However, the number of individual Brazilian investors holding crypto fell from the prior month, down to 1.3 million in August.

The value of the total declarations also experienced a slight decline, likely due to the condition of the crypto markets, with August seeing a total of $2.1 billion (11 billion Brazilian Reais), down from $3.4 billion in July.

The U.S. dollar pegged stablecoin USDT had the most value transacted, with over $1.42 billion moved across nearly 80,000 transactions in August, averaging roughly $17,500 per transaction.

BTC was second with almost $270 million transacted, but took first place for number of transactions, clocking in over 2.1 million in the same month at a much lower average transaction amount of $130.

Related: Latin America is ready for crypto — Just integrate it with their payment systems

It was noted the stablecoin USD Coin (USDC) dropped from third to fifth place from July to August in regard to value transacted, losing out to Ether (ETH) and Brazilian Digital Token (BRZ), a Brazilian Real pegged ERC-20 token.

Brazilians trust in cryptocurrency remains high according to a September Bitstamp “Crypto Pulse” report, with 77% stating they trusted digital assets.

Multiple financial companies in the country have started offering cryptocurrency services, such as brokerage giant XP Inc and payment application PicPay both integrating crypto exchange services in August. Crypto exchange Binance has also increased its efforts in the country, doubling its team since March and opening two new offices on Oct. 4.

Brazil’s inflation rate hit a 26-year high of 12.1% in April, but has since cooled slightly to 8.7% in the latest August figures as per data from the country’s statistics agency.