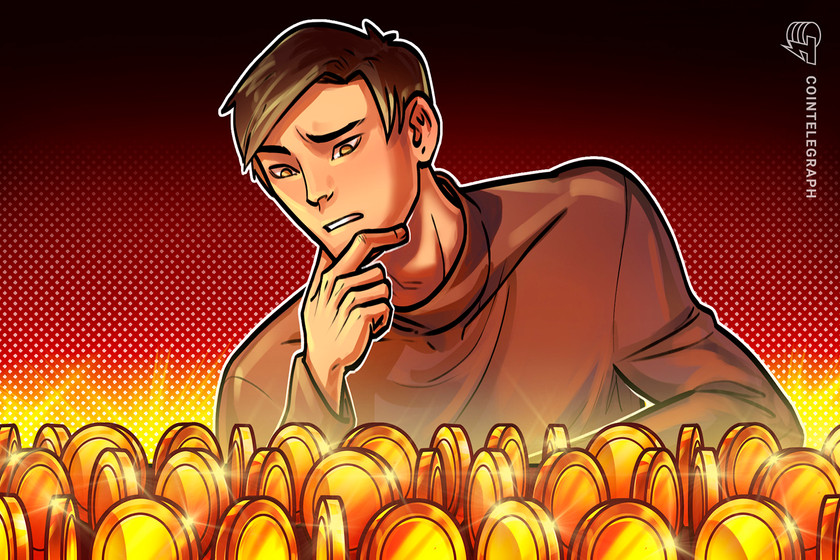 Traders shift their focus to XRP, UNI, QNT and EGLD while Bitcoin continues to consolidate around the $20,000 level.

It has been difficult for Bitcoin (BTC) and the cryptocurrency markets to start a strong sustained recovery while the United States dollar is near its multi-year high and the U.S. equities markets are near their June lows. This shows that the sentiment remains negative and traders are not interested in taking on risk in their portfolios.

The U.S. equities markets fell sharply on Oct. 7 following the release of September’s nonfarm payroll data, but they did manage marginal gains for the week. The S&P 500 rose 1.5% and the Nasdaq Composite climbed 0.7% last week. Meanwhile, Bitcoin is on track to finish the week with marginal gains of about 2%.

In the past few days, Bitcoin has managed to avoid a collapse even when the U.S. equities markets were being clobbered. This is the first indication that the selling pressure may be reducing and traders may not be willing to part with their holdings at lower levels.

However, for a sustained recovery, Bitcoin will need some support from the return of the risk-on sentiment. Until then, volatile range-bound action is likely to continue, with certain altcoins offering trading opportunities. Let’s examine the charts of five cryptocurrencies that look interesting in the near term.

Bitcoin is struggling to stay above the 50-day simple moving average ($19,961), indicating that the bears have not yet given up. The sellers pulled the price below the 20-day exponential moving average ($19,628) on Oct. 7, but they could not extend the decline to the support at $18,626. This suggests that bulls are buying on dips and are trying to form a higher low in the short term.

The flattish 20-day EMA and the relative strength index (RSI) just below the midpoint suggest a balance between supply and demand. Buyers will have to push and sustain the price above the downtrend line to gain the upper hand. The BTC/USDT pair could then rally to $22,800, where the bears may again mount a strong defense.

On the downside, the bears may find it difficult to sink the price below the zone between $18,626 and $17,622 considering the bulls are expected to defend the zone with all their might. Still, if the zone cracks, the pair could start the next leg of the downtrend. The pair could then decline to $15,000.

The failure of the pair to rise above the $20,475 resistance may have tempted short-term traders to book profits, which pulled the price below the moving averages. However, a minor positive is that the bulls are buying the dip to the uptrend line.

If the price breaks above the moving averages, the pair could again rise to $20,475. The bulls will have to push and sustain the price above this resistance to complete an ascending triangle pattern. If that happens, the pair could rally to the pattern target of $22,825.

This bullish pattern will be negated on a break and close below the uptrend line. If that were to happen, the selling could intensify and the pair may slide to the strong support of $18,125.

XRP bounced off the 20-day EMA ($0.47) on Oct. 3, indicating that lower levels are attracting buyers. The upsloping 20-day EMA and the RSI near the overbought zone suggest that bulls have the upper hand.

If the price rises and breaks above the overhead resistance at $0.56, the XRP/USDT pair could soar to $0.66. This level may again pose a strong challenge, but if bulls overcome it, the up-move could extend to $0.80.

Instead, if the price turns down from $0.56, the bears will again pull the pair to the 20-day EMA. If this support gives way, the pair could drop to the breakout level of $0.41. A strong bounce off this level could keep the price range-bound between $0.41 and $0.56 for some time.

The pair has been gradually climbing toward the overhead resistance at $0.56. Both moving averages are sloping up gradually and the RSI is in positive territory, indicating that buyers have the edge.

The pair turned down from $0.53 but the bulls successfully defended the 20-day EMA. If buyers drive the price above the $0.53 to $0.56 resistance zone, the up-move could pick up momentum.

A break and close below the 20-day EMA will be the first sign that the bulls may be losing their grip. The pair could then drop to the 50-day SMA and, later, to $0.44.

Uniswap (UNI) has been trading above the moving averages, indicating that the bulls are attempting to resume the recovery. This is one of the reasons for including it in this analysis.

The price turned down from the overhead resistance at $7 but the bulls are attempting to stall the correction at the 20-day EMA ($6.42). If the price rebounds off the current level with strength, it will indicate that buyers are using the dips to accumulate.

The bulls will then again attempt to propel the price above the overhead resistance zone between $7 and $7.36. If they succeed, the UNI/USDT pair could rally to $8.67. Conversely, if the price turns down and breaks below $6, the pair could drop to the strong support at $5.66.

The pair turned down sharply from the overhead resistance at $7 and broke below the moving averages. This suggests that the bears have the upper hand in the near term. If the price turns down from the moving averages, the selling could pick up and the pair may fall to $6.20 and later to $6.

To avoid this negative occurrence, the bulls will have to push and sustain the price above the moving averages. If that happens, the pair could once again retest the stiff resistance at $7. If this obstacle is cleared, the pair could rise to $7.36.

Quant (QNT) completed the inverse head and shoulders pattern on Sept. 27 and flipped the neckline into support on a retest on Oct. 2. The up-move resumed after the price broke above $147 on Oct. 8, indicating that buyers are in control.

The rally of the past few days has sent the RSI into overbought territory, and the QNT/USDT pair is near the overhead resistance at $162. This could cause trouble for the bulls, but the dips are likely to be bought.

If the price rebounds off the 20-day EMA, it would suggest that the sentiment has shifted from selling on rallies to buying on dips. That could increase the likelihood of a break above $162. If that happens, the pair could rally to $200 and thereafter to the pattern target of $230.

If bears want to invalidate this positive view, they will have to pull the price back below the neckline and the 50-day SMA ($112).

The pair has witnessed a sharp rally since breaking out of $147. Vertical rallies are rarely sustainable and often result in a consolidation or correction. In this case, the price may drop to the 20-day EMA, which is an important support for the bulls to defend.

If the price rebounds off this support, it will suggest that bulls continue to view the dips as a buying opportunity. A break and close above $162 could start the next leg of the up-move.

Alternatively, if the price turns down sharply from the current level and breaks below the 20-day EMA, it will suggest that the bulls may be rushing to the exit. That could sink the pair to $130.

Elrond (EGLD) broke above the moving averages on Oct. 3, and the 20-day EMA ($51) has started to turn up, indicating a potential trend change in the near term. This is the reason for it being highlighted in this analysis.

The EGLD/USDT pair has been facing resistance near $57, but a positive sign is that the bulls have not given up much ground. This suggests that traders are not dumping their positions because they expect the recovery to resume.

If bulls thrust the price above $57, the pair could pick up momentum and rally to $62 and, thereafter, to $70.

On the other hand, if the price turns down from $57 and plummets below $53, the bears will pull the pair to the moving averages. If this support gives way, the pair could drop to the $47-to-$45 zone.

After the sharp rally from $47 to $57, the pair has been correcting inside a descending channel pattern. If buyers thrust the price above the channel, the pair could retest the resistance at $57. A break above this level could indicate the resumption of the uptrend.

Contrarily, if the price turns down and breaks below the 20-day EMA, it will suggest that the pair may spend some more time inside the channel. The bears will have to sink the price below the channel to open the doors for a possible decline to $50.

The views and opinions expressed here are solely those of the author and do not necessarily reflect the views of Cointelegraph. Every investment and trading move involves risk, you should conduct your own research when making a decision.