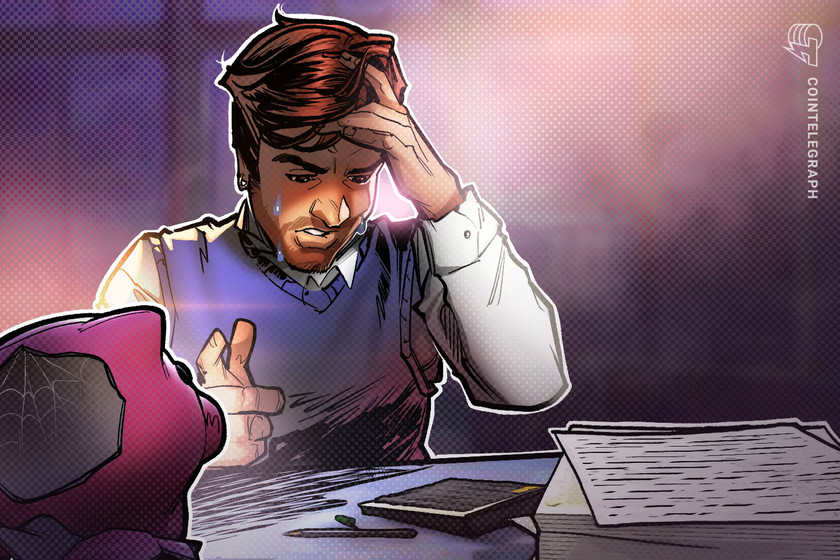 IRS rules weren’t ready for the Ethereum upgrade. It’s unlikely to become the fiasco that taxpayers experienced when Bitcoin forked in 2017, but there are measures they can take to prepare for whatever the IRS decides.

After much buildup and preparation, the Ethereum Merge went smoothly this month. The next test will come during tax season. Cryptocurrency forks, such as Bitcoin Cash, have created headaches for investors and accountants alike in the past.

While there has been progress, the United States Internal Revenue Service rules still weren’t ready for something like the Ethereum network upgrade. Nonetheless, there seems to be an interpretation of IRS rules that tax professionals and taxpayers can adopt to achieve simplicity and avoid unexpected tax bills.

Because of a disagreement over block size, Bitcoin forked in 2017. Everyone who held Bitcoin received an equal amount of the new forked currency, Bitcoin Cash (BCH). But when they received it caused some issues.

Bitcoin Cash was first issued in the fall but didn’t hit Coinbase or other major exchanges until December. By that time, it had gone up significantly in value. For tax purposes, receiving free coins is income. Suddenly, many investors had a lot of income to claim that they hadn’t anticipated.

Related: Get ready for a swarm of incompetent IRS agents in 2023

Many crypto-savvy accountants advised clients to claim the value of Bitcoin Cash when it was issued, not when it finally arrived in their exchange accounts. No IRS guideline explicitly said this was OK — in fact, it runs contrary to the accounting principle of dominion and control — but it seemed like the only reasonable way to handle the issue.

As a result of the problems with reporting income from Bitcoin Cash, the IRS issued Revenue Ruling 2019-24 to address the treatment of blockchain forks. According to the ruling, forks that result in the airdrop of a new currency to an existing holder are taxable accessions to wealth. While not the usage of “airdrop” most investors are used to, the IRS uses the term to describe when the holder of an existing cryptocurrency receives a new currency from a fork.

The potential confusion with the Ethereum upgrade is that assigning the forked and original currency based on the ruling alone is unclear. One can easily see how the IRS could take the position that, following the upgrade, the Ether (ETH) tokens held in wallets and exchanges across the world is a new coin, and that Ethereum proof-of-work (PoW) — which continues on the legacy network — is the original.

While the argument makes logical sense, this position would also result in chaos. Every U.S. taxpayer who held ETH — or assets such as nonfungible tokens (NFTs) based on Ethereum smart contracts — on Sept. 15 would have to claim its value as ordinary income. Though it’s using the old technology, Ethereum PoW is clearly the “new” coin.

The assets of the investor haven’t changed — rather, the underlying consensus mechanism was upgraded. Plus, unlike Bitcoin Cash, which stemmed from a disagreement with two legitimate sides, the Ethereum upgrade had widespread support and was only opposed by self-interested miners.

Related: Biden is hiring 87,000 new IRS agents — And they’re coming for you

Another example would be when EOS froze the Ethereum-based EOS token and moved the holders to the EOS mainnet. The continuation of the coin on the EOS network was not viewed as taxable, as rights were simply teleported to another chain with the same ticker symbol. (Crypto exchange traders probably didn’t even notice.)

Is the “new coin” always the lesser adopted coin? Is a coin its technology or its community? The IRS likely won’t rule on this before Tax Day in April, so taxpayers and advisors will just have to make the call. But it seems like the choice is clear.

Additional considerations for investors and developers

Tax-savvy Ethereum holders may want to wait and see if Ethereum PoW is adopted before they attempt to access the coins. Accepting them will guarantee taxable income without leaving room for an argument that the fork is a half-hearted fork/farce/scam, like many of the derivative Bitcoin forks in 2017–2018, which had thinly traded values on remote exchanges.

If the value of Ethereum PoW drops before an investor sells, it can mean a tax bill that exceeds the value of the asset. (Bitcoin Cash dropped from over $2,500 in value to under $100 in 2018, save for a short-lived spike in 2021). On the other hand, Grayscale Ethereum Trust’s Sept. 16 press release indicates it will claim, sell or distribute proceeds related to the ETH POW coin, so there may be some value to report at the end of the day.

It takes some doing to claim Ethereum POW that is worth less than 1% of the corresponding quantity of Ethereum. Early adopters often have an advantage in crypto, but a fork is one case where patience could be prudent.

Any crypto developers considering a fork should bear in mind that forks always create tax headaches, the severity of which varies based on the rationale for and execution of the fork. Assuming the IRS follows the lead of the crypto tax community again, the Ethereum upgrade provides an example of how to do it right.

Justin Wilcox is a partner at the Connecticut accounting and advisory firm Fiondella, Milone & LaSaracina. He founded the firm’s cryptocurrency practice in 2018, providing tax and advisory services to Web3 organizations and crypto investors. He mines cryptocurrencies like DOGE (though he still supported the Ethereum Merge). He holds various cryptocurrencies and NFTs, including coins mentioned in this article.