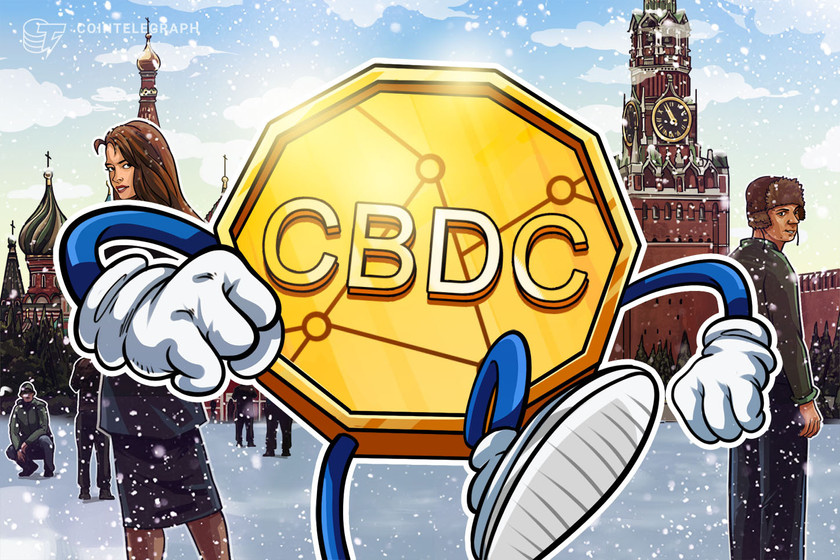 Russia’s central bank is reportedly set to begin developing a cross-border settlement system using its Central Bank Digital Currency (CBDC) amid ongoing sanctions in response to its invasion of Ukraine.

The plans to move forward with Russia’s digital ruble are expected to come in the first quarter of 2023 and will see Russia’s central bank study two possible cross-border settlement models, according to a Jan. 9 report from local media outlet Kommersant.

Each agreement would be made to ensure the conversion and transfer of assets between the countries are in accordance with the rules of the agreements.

The second, more complicated model proposes a single hub-like platform for Russia to interact with other countries, sharing common protocols and standards to facilitate payments between the connected countries.

Roman Prokhorov, the head of the board of the Financial Innovations Association (AFI) opined that the first model was more simple to implement but less promising for bilateral interactions between countries.

The other option was more “advanced” and he considered an initial two-way system may be implemented with China as the most likely partner for its “technological and political readiness.”

Earlier reports in Sep. 2022 claimed Russia was planning to use its digital ruble for settlements with China by sometime in 2023.

Still, others believe Russia’s CBDC play won’t be hamstrung by technology, but rather by politics.

Vice President of the Association of Banks of Russia, Alexey Voylukov, said introducing a digital ruble won’t change or improve Russia’s global political situation and trials for the CBDC platform can only be undertaken with Russian government-friendly countries who are technologically ready.

Previously, the Bank of Russia said it was looking to roll out its digital ruble by 2024, with all banks and credit institutions connected to the CBDC’s platform.

Russia has faced mounting financial and trade sanctions since its escalation of the Russo-Ukrainian war when it launched a full-scale invasion of Ukraine in late-February 2022.

It’s since tried to enact policies, or pondered ways to skirt the sanctions such as the central bank considering the use of cryptocurrencies in the country “only to support foreign trade.”

The Bank of Russia and the Ministry of Finance came to an agreement in Sep. 2022 on a rule allowing Russians to send cross-border payments using crypto.