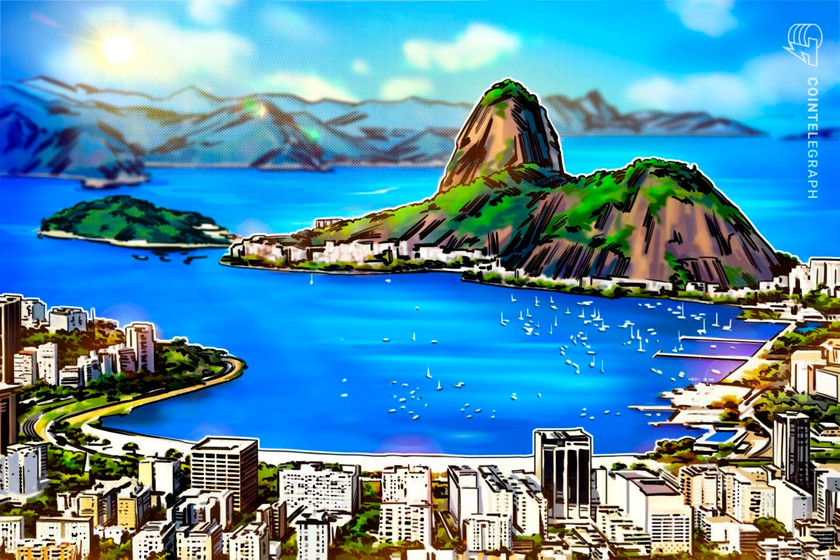 Brazil is set to launch a Central Bank Digital Currency (CBDC) in 2024, a move that could contribute to its status as an economic leader in South America.

As of 2022, more than 30 million Brazillian citizens have no bank accounts, and no credit or debit cards. What’s wrong here?

For roughly a decade, Brazil has been passing legislation aimed at changing the situation. However, the results have fallen short of expectations. To better understand the reason, let’s take a step back to look at a historical perspective.

The Brazilian banking industry has always been extremely concentrated, historically due to the country’s macroeconomic volatility, the bank’s legacy technology and stringent oversight. At one point in time, the regulator needed some reliable “bulwarks” to build the local financial system and deal with scale. Concentration was an inevitable flipside of that strategy.

However, in the past few years, the balance started to shift, with regulators fostering competition through novel legislation in tune with technology trends, smarter controls and a better macroeconomic environment. This process, combined with the “software is eating the world” phenomenon, greatly contributed to creating a prolific environment for the fintech boom.

Related: 5 reasons 2023 will be a tough year for global markets

In 2020, the Brazilian Central Bank launched PIX, an instant payments infrastructure that works 24/7 and whose adoption was off the charts. Today PIX has more than 122 million active users, or 57% of the Brazilian population. Thanks to this innovation, 40% of users made their first electronic transfer ever, which denotes the enormous potential of technology for financial inclusion. Given its sheer success, no wonder PIX quickly became a benchmark for many countries and has been praised by the Bank of International Settlements.

The Open Finance program was another important step for advancing the financial inclusion and competition agenda because it allowed the exchange of customer data between financial institutions, allowing for more customized product offerings to customers. The program went live in 2021 and already has more than 800 financial institutions participating and more than 9.6 million customers who have consented to information sharing.

In line with the effort to spur innovation, one theme the Central Bank of Brazil has already endorsed relates to the revolution created by cryptocurrencies and blockchain, because it represents the next frontier capable of unlocking access to financial products for a greater portion of the population through the tokenization of the Brazilian currency — the digital real. Supporting arguments for that initiative come from a cost analysis. As a proxy, it is estimated that the costs of retail payments in the United States represent about 0.5% to 0.9% of GDP — a value that, depending on the on-chain solution, can be reduced to practically zero.

Related: Bitcoin will surge in 2023 — but be careful what you wish for

From the demand to create an on-chain digital currency whose issuance is guaranteed by a regulatory body, Central Banks in many countries started designing central bank digital currencies (CBDC). The concept was conceived in an effort to unlock the potential of blockchain technology within a regulated context, according to each country’s monetary policies, enabling numerous use cases in credit, KYC/AML, tokenization of digital and physical assets, programmable money, and so on. The Brazilian CBDC is expected to be fully implemented in 2024. PIX and Open Finance give us cause to look at that forecast optimistically.

Countries like the United Kingdom, China and the United States have their own agendas when it comes to financial solutions. China has an extremely agile payment system via digital wallets used monthly by almost one billion Chinese people. The United Kingdom, in addition to the instant payments system, also has had an Open Finance system since 2018, which serves as a benchmark for a number of other countries, including Brazil.

None of these innovations, however, finds in these countries a paradigm of financial inclusion as Latin America does. In 2021, Latin American citizens with bank accounts totaled 73.7%, vs. 88.7% in China, 95.0% in the U.S. and 99.8% in the United Kingdom. These numbers represent close to 200 million people, with millions more underserved by traditional financial products in the region. Yet, no other country in Latin America has advanced as quickly in a progressive regulatory agenda as Brazil.

Combine Brazilian regulators committed to creating state-of-the-art financial solutions with an unbanked population and you will fertile ground for these innovations, which will not only guarantee more agility and traceability but also fulfill their first and noblest purpose: including more people and small businesses in the financial system.

Renato Valente is general partner at Iporanga Ventures. He previously served as the founder of Ocapi, an ad-tech start-up sold in 2015. He also served as the Brazil Country Manager at Telefonica Open Innovation and as the head of Wayra Brazil, where he led more than 30 investments in start-ups including Gupy, Teravoz, and Monkey. Prior to that, he worked at IBM. He holds a BA in business administration from FAAP with specializations in global management from IESE (Barcelona) and Venture Capital from UC Berkeley.
Leonardo Teixeira is general partner at Iporanga Ventures, and has served as an investor in more than 50 technology companies since 2013. He previously worked at Macquarie Group and Barclays PLC in São Paulo, London and New York. He holds a BA in production engineering from Poli-USP and an MBA in finance from Insper.