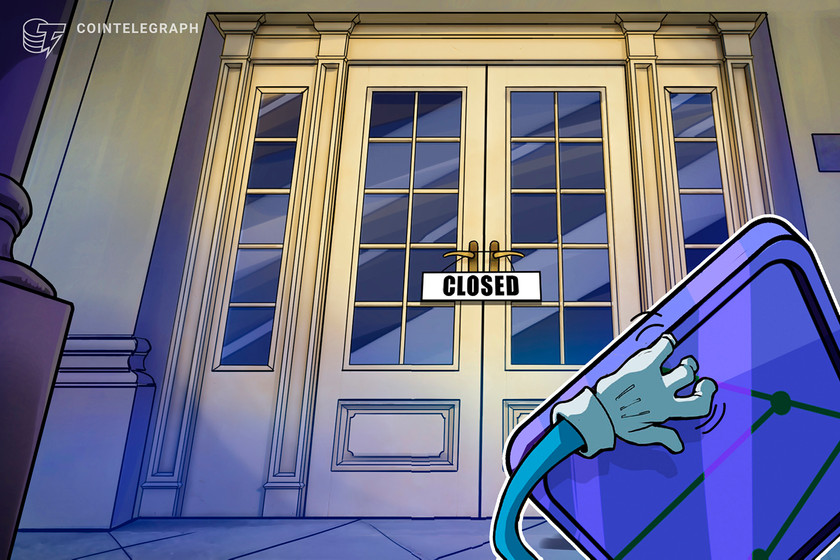 United States-based multimedia outlet CNN announced in a tweet on Oct. 10 that it would shut down its nonfungible token (NFT) project less than four months after its launch. Dubbed “Vault by CNN: Moments That Changed Us,” the collection included a series of tokenized iconic news moments from CNN’s 41-year history, along with a vault to purchase, store and display the NFTs.

In explaining the decision, CNN said Vault was a “6-week experiment” and a “first foray into Web3.‍” However, the firm will “no longer be developing or maintaining this community.” The collection was originally minted on the Flow blockchain, with CNN “retain[ing] copyright and ownership over the content.”

According to its official roadmap, developers were supposed to implement new features such as “exclusive CNN perks for Vault collectors” and “mint your own CNN article NFT.” In the project’s Discord server, CNN staff member Jason said that users would receive 20% of the original mint price of the NFT tokens in the form of stablecoins or FLOW tokens deposited to collectors’ wallets.

While there is a significant discrepancy between the asking prices of Vault by CNN NFTs on its marketplace, many of them were minted for as little as $10 at inception, indicating very little respite for NFT holders under the proposed reimbursement plan. Meanwhile, many users in the project’s 1,400-plus Discord community have voiced their displeasure at the decision. One individual, RichardRazo, wrote:

“As an investor, I don’t know if I can expect to break even in a few years. Is CNN able to share why they think 20% is fair because, to me, that implies they hopefully think we can break even or make profits within a few years, right? If not, then this seems like a rug pull.”